Lets try to tackle one problem at the time.

Have you tried swapping around your stepper drivers?

My initial thoughts were that maybe they were overheating.

Pay attention when swapping them around that you replace them with the pot meter facing the right direction.

There should also be 3 small black blocks next to the stepperdrivers, are those all intact?

If it helps, try to take a micro-picture (I don't know if you have access to such a lens?

If that doesn't make a difference, you could try to swap the X&Y motors around.

See if that makes a difference.

Looking forward hearing about your findings,

I know what this could be!

check if your fan underneath on the electronics is working.

Had this myself lately, and found that a wire had broken from the electronics fan. With another printer the whole fan died…

Thanks for the suggestions.

Very similar issues to you peggy.

I have no idea which are stepper drivers or what pot meters are... But I think your initial assessment of overheating might be right?

I took pictures of both UMO boards. 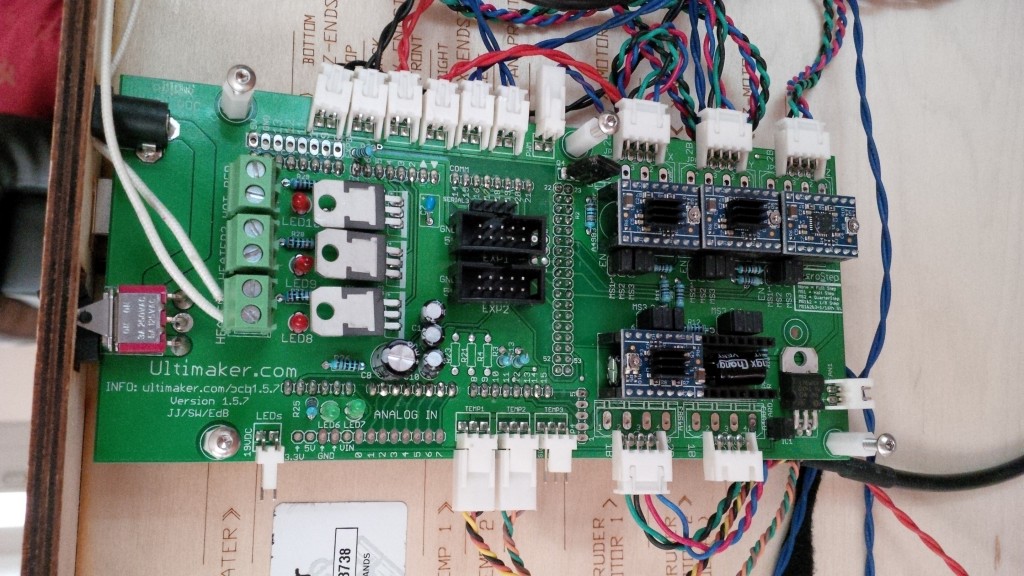 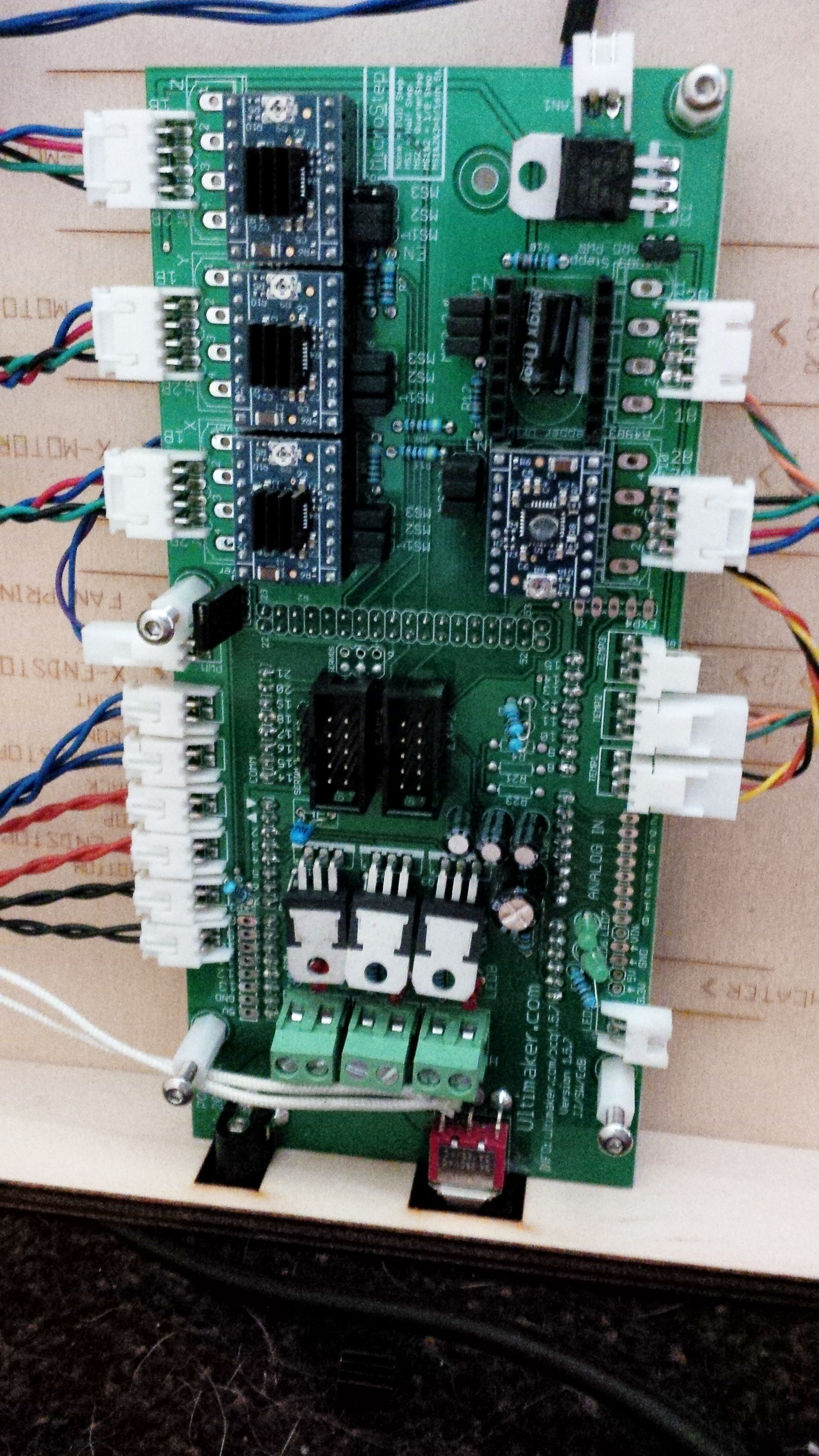 So here's the thing, apparently both mobo fans were kaput in some way.

UMO1, the fan was shorting or something because after plugging it in for a few minutes the fan was SUPER hot. I could feel it through the label. Something must be shorting, in addition there was a burny electronic smell. I thought it was just weird stuff purging from the nozzle, but I'm convinced it's the mobo fan. I have disconnected it for safety.

The heat sink on one of the microchips fell off, 1 on each printer...

The stepper drivers are those blue 'squares', 3 in a row and 1 in the opposite.

You can also see that on 1 of the 3, the black cube is missing.

That black cube is a heat sink and helps the stepper driver cool down, when it is becoming hot.

Obviously, the fan is helping the same cause.

So the fact your fan is kaput, but it is missing also its own cooling you are probably over heating.

On both pictures you have 1 stepperdriver with a heatsink missing, however on the second photo it is on the extruder motor, so that should not interfere with your X or Y movement.

those little heatsinks come loose very quickly, when I build my UMO they were already loose in the box before building...

The difference between no fan and a little bit of fan is theoretically infite (0 miles per hour versus 1 miles per hour is more than 2X. It's more than 10X). But of course in reality there is some convection without the fan so there is a tiny bit of wind. But even a very weak fan cools maybe 10X or 100X better than no fan.

Getting the fan up to full speed might add another 2X to 4X cooling. Which may be relatively very little improvement. That's why even a very slow fan can make a huge difference. I discovered this years ago when doing temp measurements on an electric part. I was experimenting with different fan speeds and the part never changed temperature. Until the fan was off - then the part got very hot.

You guys are right, the fan was the issue at least for my UMO. After I soldered the wire back on I ran the thing for a 12 hour or so print and it had no funky mis-steps. So even the slow fan made it better, or the fan wiring had interfered somehow.

Regardless the solution is to make sure the fan is connected and running for this particular case.

Now to figure out the other one!

What are your remaining issues?