I would recommend to get in touch with Aaron, he made Ronin which is fully articulated! (also shown on our homepage)

I can introduce you if you want

Thanks Sander! That would be awesome. I appreciate it. The Ronin model is amazing!

You guys have a huge version of it you take to events, don't you?

But not as articulated as the smaller one, because it is fully PLA the joints wouldn't have enough force to keep, for example, the arm up.

There is no joint that is universally useful. There are ball joints that are pretty good for articulated figures, but that might have too many degrees of freedom. Hinges with dimples in them that allow for click-positioning. Yada yada.

There is no joint that is universally useful. There are ball joints that are pretty good for articulated figures, but that might have too many degrees of freedom. Hinges with dimples in them that allow for click-positioning. Yada yada.

Thanks danilius. I'm not necessarily looking for a universal joint. Just looking to learn and share ways that others have found success when designing such models. Best practices when going about this type of design challenge.

Thanks for commenting, please feel free to share more

This guys uses a Stratasys Mojo for his prints: http://www.hauke-scheer.de/index.html

Here is a balljoint that I made a while back for a mech. 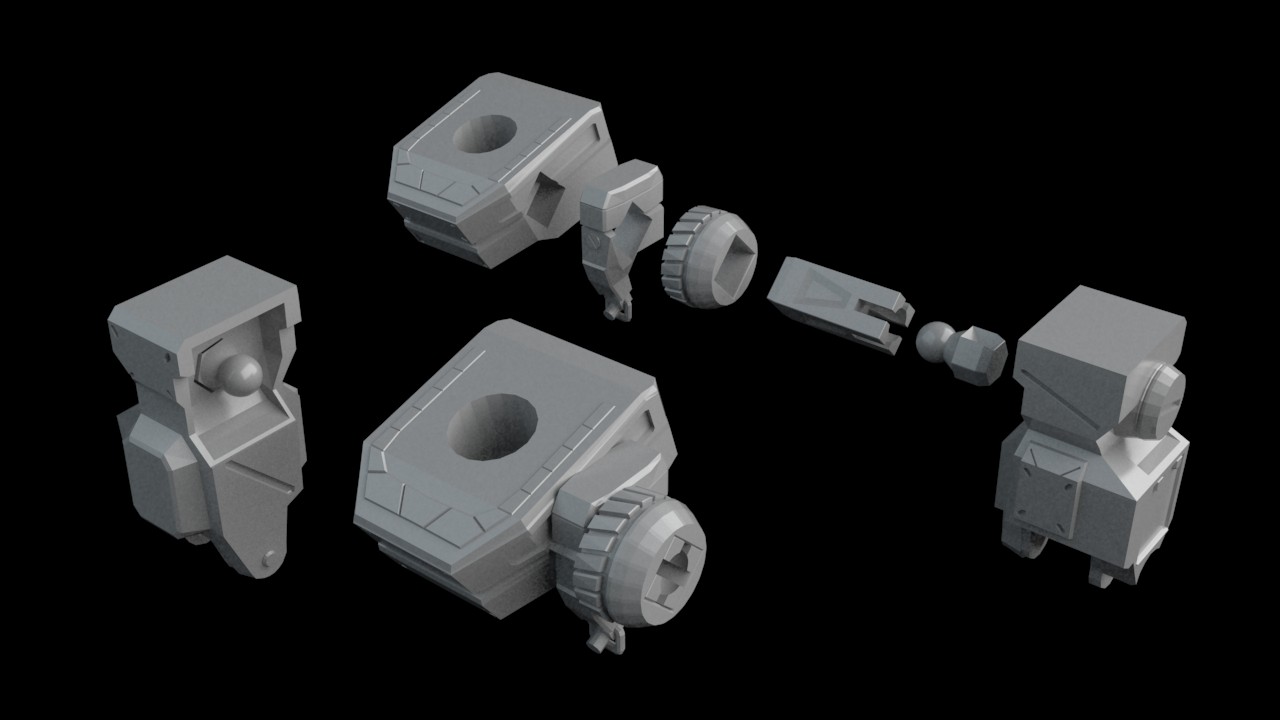 IMO, PLA doesn't hold very well onto itself for these types of joints and they tend to loose their grip over time relatively quickly.

But none the less this worked for me for a bit as long as you don't play with it TOO much.

A general rule of thumb for me is, create a separate part for the ball part of the ball joint. Reason being if it's going to break anywhere it's going to be there and you can take it out and replace a small part rather than a large piece.

Larger figures may be easier to make, but this piece in the render is quite small. The ball itself is roughly 0.5cm diameter.

Aaron's ronin is amazing by the way! Played with it in person. Very impressive.

Check out this model: http://www.thingiverse.com/thing:113117

There is a lot to learn from it, so download it and see what this fellow has done.