yeah the layer lines can be a pain, they especially show up when photographing them, their usually not so prominent in real life.

Yeah it's weird how it shows up more in photographs. Though you don't seem to have much of an issue with it on your warhound, it almost looks like plaster. How do you manage to sand down the parts that have a lot of spikes or protrusions?

These are awesome photographs!

Any chance these files are up for sharing?

It would be great to showcase this in the Ultimaker HQ and event we go to.

If you drew the model yourself, then there is no copyright issue. There could be some trademark issues, but "3D printing" does not collide with "gaming", so that's also no issue in theory. However, in practice, you might not want to take the risk of a lawsuit.

But not everyone is acting like GamesWorkshop. You could ask the developers of mechwarrior if you can share it. Note that there are a few other mechs on thingiverse already.

Finally, instead of sharing it with everyone. I can also ask, would you be willing to share the files with just Ultimaker? We have a bunch of models that we are allowed to print and show, but not sell/share already.

The original model is directly from the game. There's a lot that had to be done in terms of making a game model work for print, and getting all the joints to cooperate in the physical world rather than the game world. But on the exterior likeness wise, it's like 99%.

To be fair, the mechwarrior folks are definately more supportive towards this compared to GW. They even threw it up on their facebook. But it's confusing because multiple parties own different parts of rights to mechwarrior. After it got posted on Kotaku, i've been getting a ton of requests for various reasons.. I've just gone with the policy to not sending it out to anyone to keep it simple for me and fair for everyone else. Sorry :/

Ah, if you copied the game model. Then that's the best option, and I totally understand. (I've done the same with some other game, developers didn't mind but asked me not to share the model)

Tried to paint it with paints lying around the house.

I am going to search for one!

With paint it's even nicer. Good work!

sillly little question.. how big is this model ?? i dont see any reference object in the photos...

it's 6" tall. Here's a nickle comparison. Not that that helps that much internationally Lol, this reminds me of a topic i once saw.

Something about showing of your prints with your pet.

I believe Daid also had some pictures with his cat? :smile:

It's like an inside joke, sensor upgrades are called Baps, beagle active probes, and I happen to have a beagle.

I think it took around a day straight to print. There were a ton of parts because of all the joints, and I didn't want to print with supports so it took a lot more parts. There were 3 parts that I couldn't figure out how to print without supports and they took me a while to clean up... Can't wait for Daid's new support algorithm.

Now complete with practical lasers and smoke. Instead of going the obvious CG route.. we went full practical including real lasers. (which burnt a small hole in the model)

Because well.. what would be the point of making physical objects from virtual ones and then adding in virtual effects? 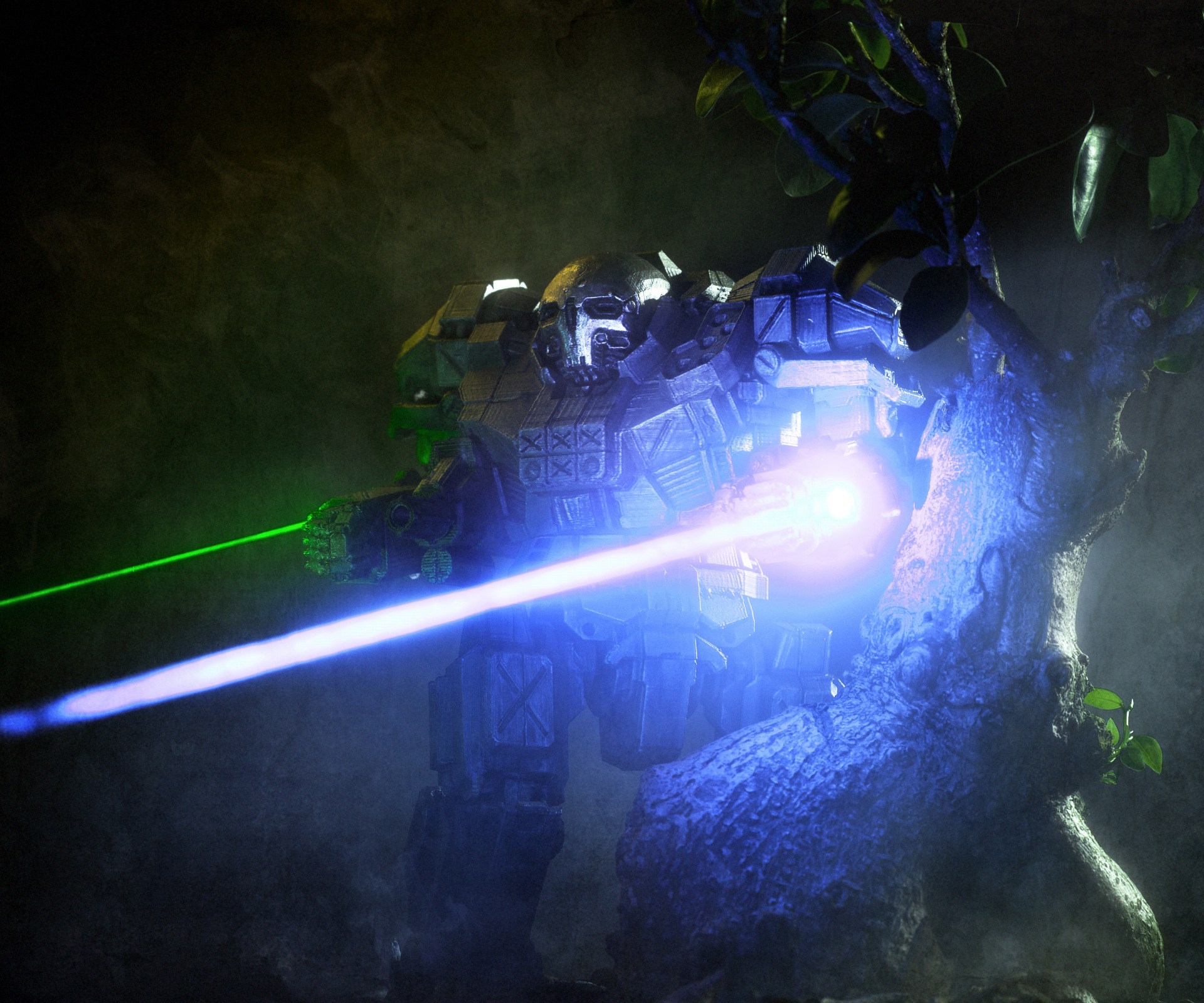 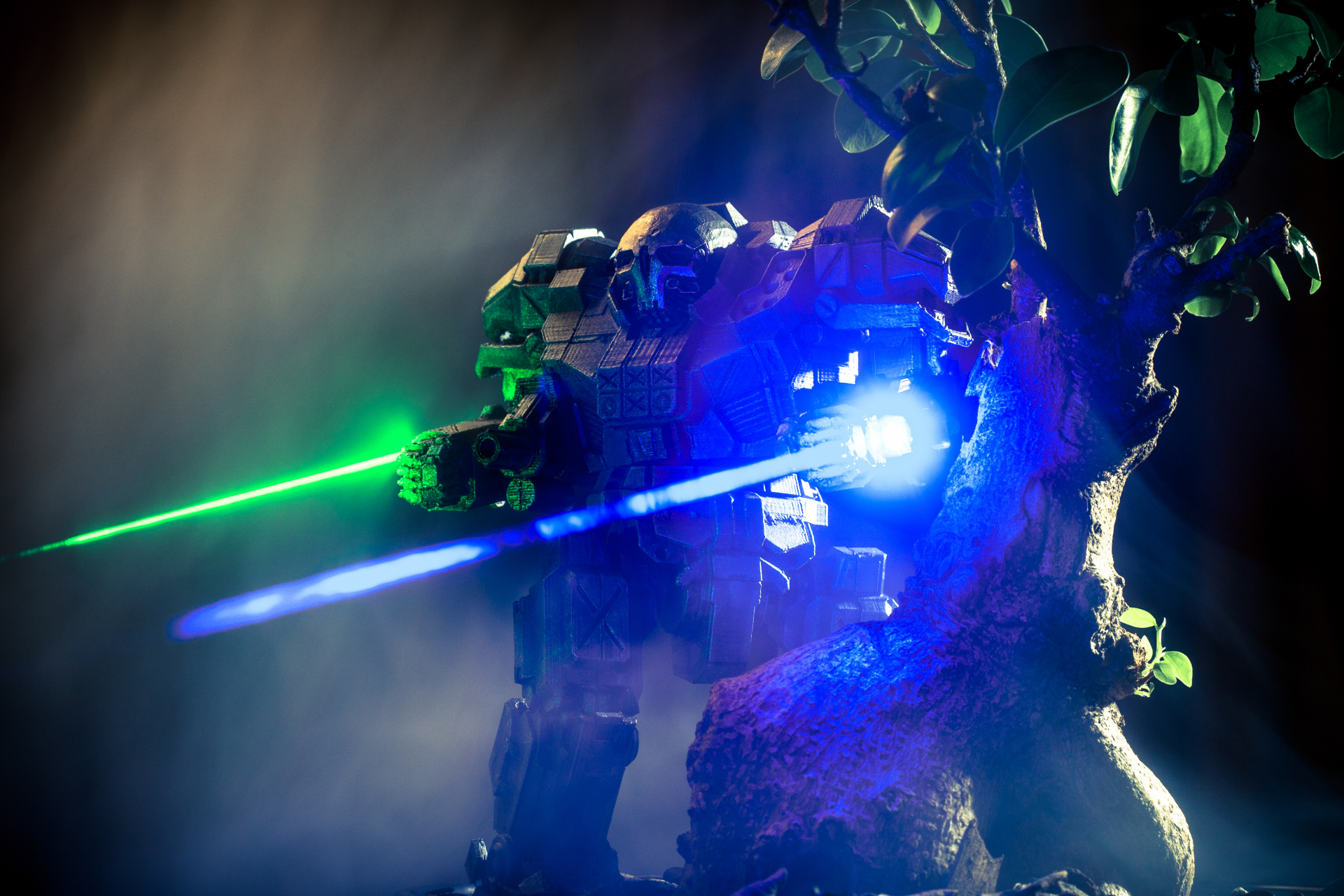 The irony is I'm a vfx artist.

now that is called a super cool friday evening... what did you do at the weekend?... photo shoot with 3d printed killer robots and bad ass lazor beams... HEHE :-)

More than anything, for some reason the stuff I am most excited about making with my 3d printer are cool models with built in lighting, custom stands, etc...

This is right up my alley!

Awesome! I'm glad this stuff excites you, can't wait to see what you come up with.

I haven't delved into electronics yet, but I have been trying to improve my print's finish quality with various painting techniques. Perhaps different materials/lighting will be next. Makes sense for robots.

Here's my newest painted atlas with an airbrush. 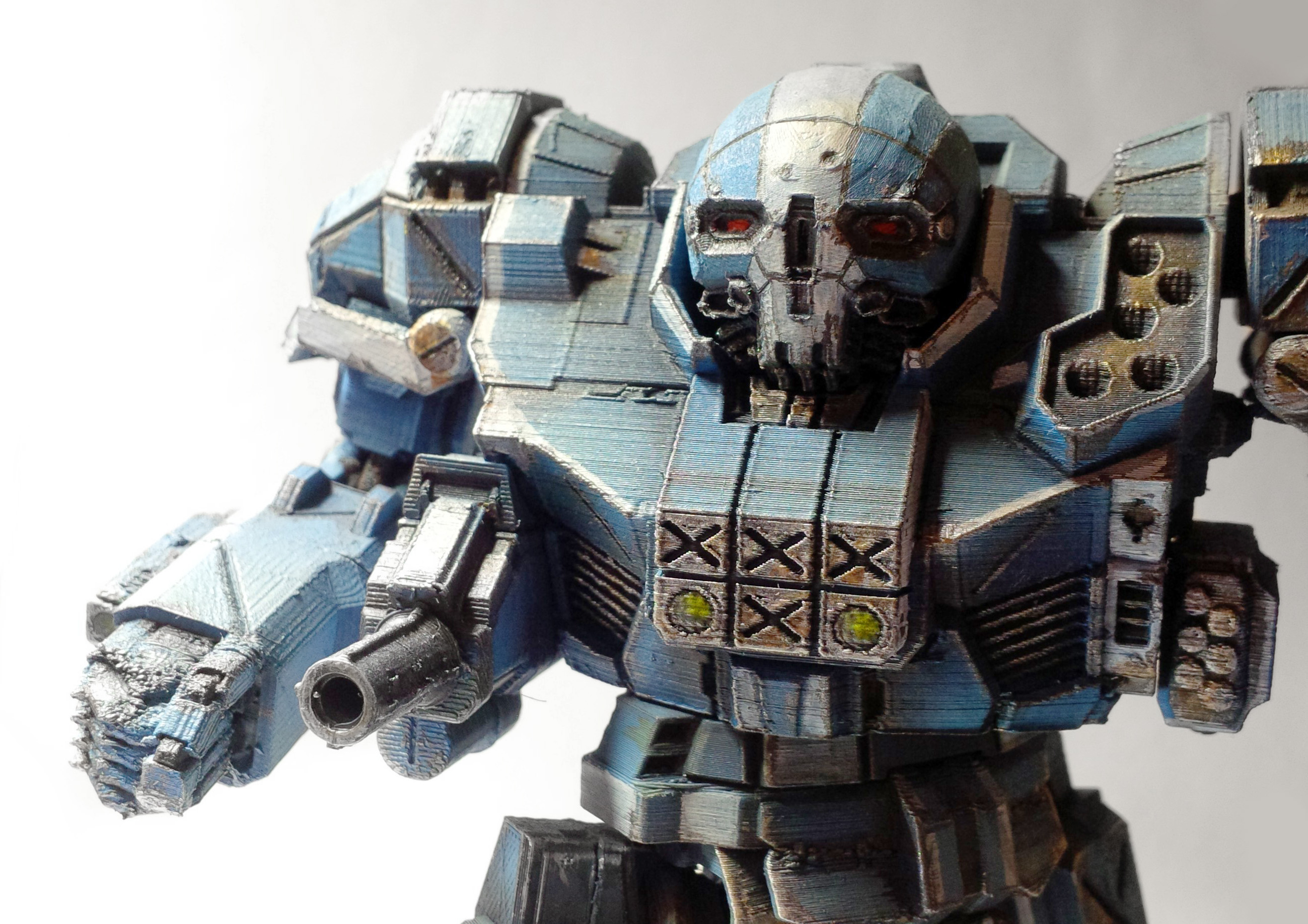 That is awesome! Atlas was always my favorite mech.