Hi guys, any ideas would be appreciated. This is so frustrating and limits me to print one object at a time. Thanks.

PLA is fairly fresh?  Water in the PLA can make it soupy.  The low printing temperature may point to that.  Is that silky PLA?  I've had trouble with that as well.  It seems to soak up water faster than regular PLA (but I'm in a humid environment).

Increase the Max Retraction Count up to 100.  This falls under "can't hurt".

That's about it for me.

Hi Greg, thanks for the response. I guess I didn't write my original question clearly. I've proven that its not the material or temperature. The actual extruder motor won't retract at random times during travel between two separate parts of the same print. Sometimes it retracts other times it won't over the same travel path. Retraction is mostly perfect if within an individual part. Problem mostly occurs during travel between two separate parts. That's why in picture #3, the two sets of stringing test posts, there are no stringing within one set, but lots of stringing between the separate sets. Thanks.

Either the Z-hops are in the Gcode but aren't being acted on by the printer, or they aren't in the Gcode.

Post a gcode file that shows the problem and post that STL as well.  I have a macro for Excel that I can tweak to point to where retractions should happen but maybe aren't.  I'll slice the STL later and see how things go using my generic profile.

The settings I'm using which provided a slightly better results in the pictures is below.

Have you tried the suggestion from @GregValiant?

Increase the Max Retraction Count up to 100.  This falls under "can't hurt".

And always check the preview for travel moves without retraction. No need to actually print it, if you already see dark blue lines in the preview. Choose "Line Type" and enable "Travels".

Travel lines in light blue are with retract, the darker ones are without retract (like in this example): 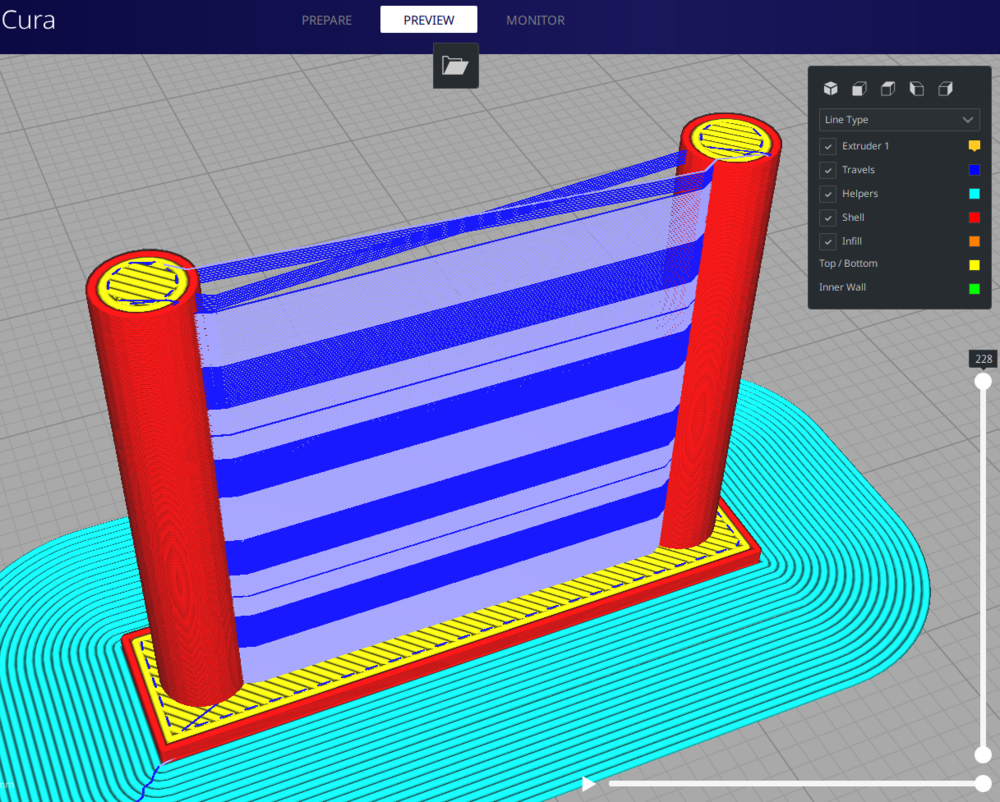