Now I suspect I have a simple case of too much tension on the filament, causing the grinding.  What position should it be at by default (if such a thing exists)?

Since you mentioned the guide from fbrc8.com:

The pictures there are very good - the important steps to get the tension right are:

Next, set your white plastic tension indicator and screw in the spring, and place it in the feeder housing between the housing and the lever. 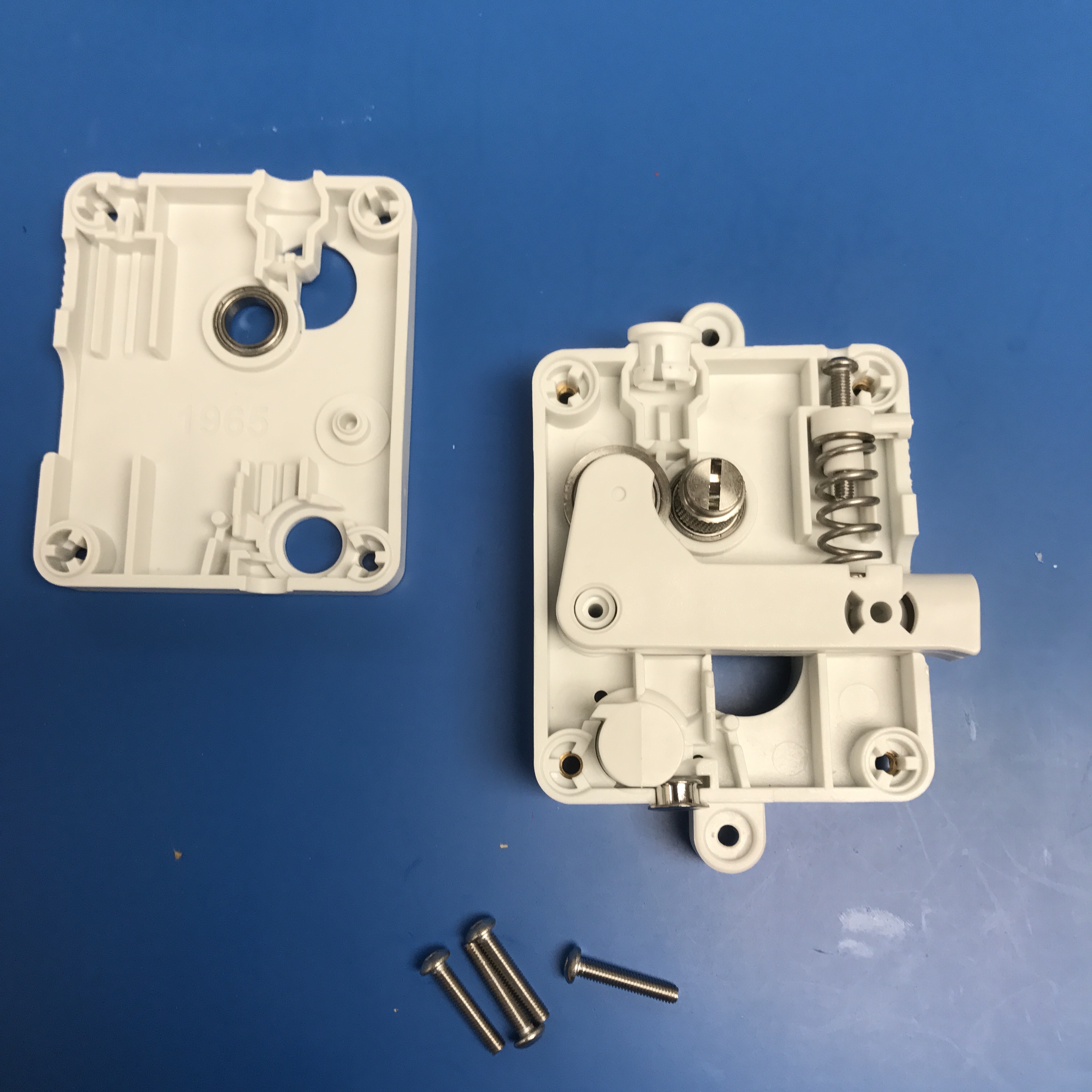 on your picture the screw-head is outside of the case - which is wrong and can cause grinding...?.

Im aware of that, it popped out after I opened up the housing.  I wish that was the root cause since I did put it back upon reassembly.  Now if the level indication goes up, that’s less tension?  For some reason I’m having trouble with Ultimaker filament.  The previous types I had in there printed  very well.