By sibianul
February 2, 2019 in Ultimaker Cura

We quite recently found an issue with the maximum resolution being far too aggressive. So you're right with regards to it giving weird results.

Thank you for confirming that something is weird, but theoretically, the maximum resolution will be the minimum distance between 2 points, in the gcode x / y coordonates?

That's what it should do, yes.

Just wanted to say thanks: I've been struggling with this issue for two years and this is the first official forum to have a post about this. I actually came upon this solution on my own by tuning the max resolution, but in the process, I bought a new raspberry pi, 2 new printer boards, and did a lot of work on my machine. Thanks!

@1Ghasthunter1 have you tried an 3d bit board ? I'm curious if this will solve the issue, if the board is able to process more gcode lines at once.

On my new computer I have issues with the latest Cura master version, it crashes very often, but with official Cura i think the resolution setting still doesn't do anything, I set the maximum resolution to a high number, like 2, 3 and 5mm .. but the gcode as almost the same number of lines, and the printer is making the stutering noise almost on all lines of the attached model.

I have tested IdeaMaker 3.4.2 slicer, and the result is much better, and actually if I change the value of MINIMAL SEGMENT LENGTH something is changing, in good or bad depanding if I decrease or increase the value. I don't want to move to another slicer, and really hope you guys (ultimaker team) can solve those bugs. It's all because the printing speed is high (100mmps) and the code still generates many small segments even if the resolution was set to an very high number, like 5mm!

For example MINIMAL SEGMENT LENGTH (set in IdeaMaker) to 0.1mm creates a curve with quite visible straight lines (~about 3mm long), but if I decrease that value to 0.05 it actually creates a beautiful surface with no stuttering noise on the printer, there is just an tight internal arc that is generating some stuttering noise 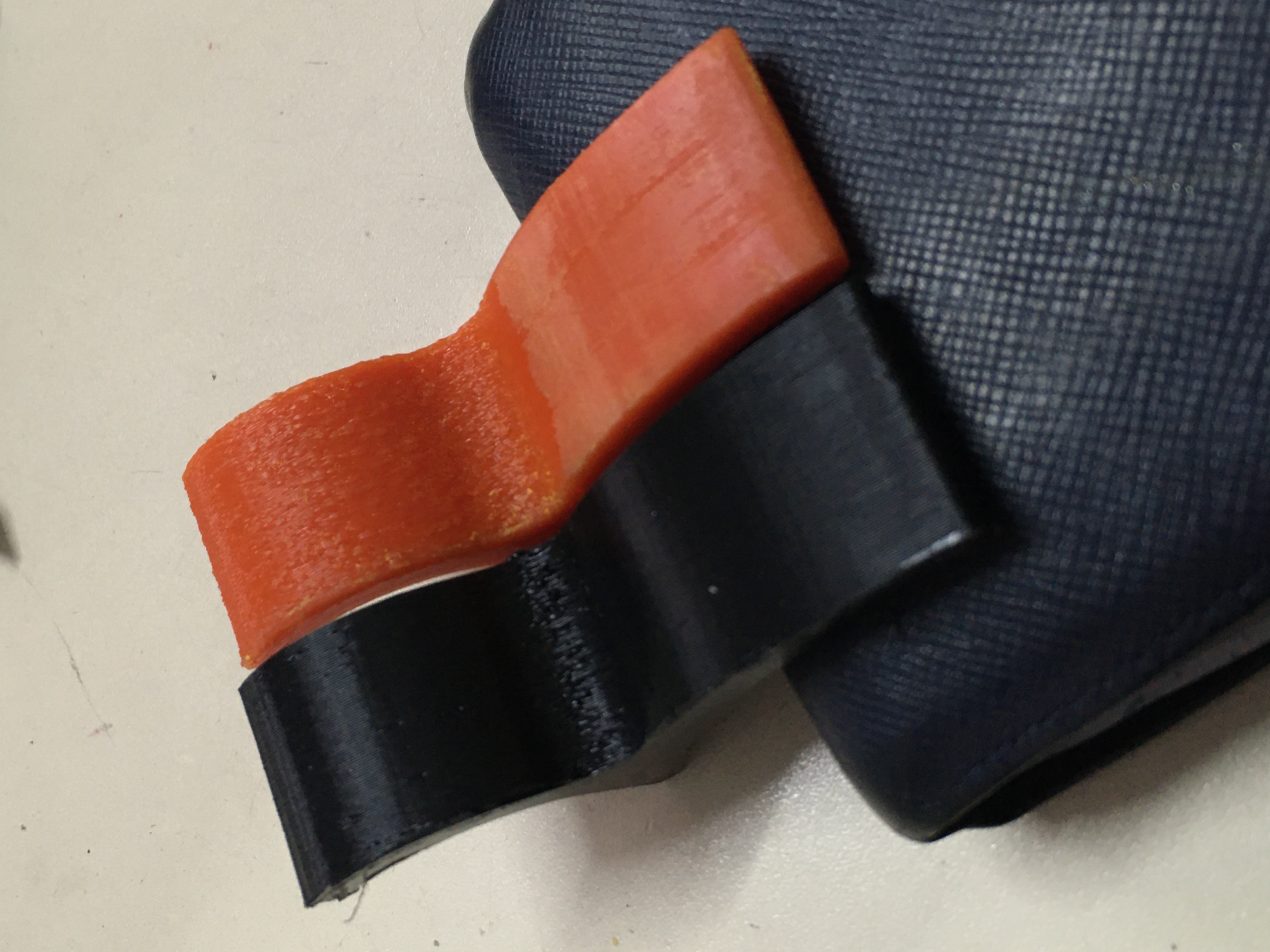 Hello @sibianul, I don't know if you have tried my Cura builds but they contain fixes that could be relevant to your issue. If you want to try them go to https://www.dropbox.com/sh/s43vqzmi4d2bqe2/AAADdYdSu9iwcKa0Knqgurm4a?dl=0

They can be installed alongside the UM releases without conflict. Please read the README.md file that's there.

I only worked with Cura master build, but I don't know why on my workshop PC, the version I installed about 30 days ago, it crashes very offten. Since than I installed the official release.

Why Cura master doesn't have a version number in Help -> About window?

In preview mode I still think Cura does nothing when I alter the MAXIMUM RESOLUTION setting, I increased it to 10mm  , and I still see all the lines curved beautifully. If it will limit the segment minimum length to 10mm the model should be a very low poly model. I haven't tried to print but I'm sure the printer will make that weird noise even with the Cura master 2019-11-28 version, and when it does the LEDs on the board are blinking so fast as it creates the impression they are full on, I attached the 3mf file and gcode file. Here is a sectionof the gcode, line 100 to 106:

I only worked with Cura master build, but I don't know why on my workshop PC, the version I installed about 30 days ago, it crashes very offten. Since than I installed the official release.

If you had bothered to open an issue I could have helped find out why it was crashing. You know unless problems get reported, they are unlikely to get fixed.

If you are using Windows and you had previously installed one of my releases earlier than 1012 then you must remove the old installation before installing the new one (otherwise it will not start up).

But regarding MAXIMUM RESOLUTION setting, could you see any change in the gcode if you alter that setting? with any model, not just mine, because I think that option is totally ignored, in both versions, official, and cura master too.

In the GCODE I posted above, isn't it weird to see so many lines with points so close one to another, if I used MAXIMUM RESOLUTION 10mm ? This is why I think that setting is ignored.

PS . Where to report bugs/crashes in cura master? are there any logs generated? (haven't looked in the install folder yet, but iof there are any logs , let me know the location, I can send it if it helps)

Where to report bugs/crashes in cura master

Will you please read the README.md that goes with my releases. It will help.

Now I know where to write about bugs 🙂 Thanks.

But what about my questions, does anything change when you alter the MAXIMUM RESOLUTION setting ? I can't make any version of Cura to generate a low poly model by adjusting that option, this is why I think it's ignored completely.

Here is the same model, in ideaMaker, something is changing when I increase that number There are two settings in Cura that affect how models are simplified. By simplified, I mean that the number of vertices in the outlines are reduced which has the effect of increasing the length of the remaining lines that make up the outline.

Max Resolution - vertices will be removed so that the remaining lines are not smaller than max resolution as long as doing so would not cause the resulting outline to deviate by more than Max Deviation.

Max Deviation - the maximum amount the outline is allowed to deviate from the original shape when vertices are removed.

In practice, Max Deviation is in control because if that is small, the vertices will tend not to be removed even though the remaining lines are shorter than Max Resolution. You need to make both Max Resolution and Max Deviation larger to get that "low poly" effect.

Thank you, I think this was it, I haven't changed / didn't know about MAX DEVIATION setting, it makes sense now. I will make some test and let you know.