For the noisy belts on my UM2, I used a bit of silicon grease. This is the thick grease used in binoculars and microscopes. I only applied a little bit on the edges of the belts, not on the teeth, so it would not slip and skip teeth. The sound came from the belt rubbing against the flange of the drive gears.

You can detect which edge is rubbing by gently pushing the belt aside while manually moving the head, when the printer is switched off. Or gently push the belts aside when printing a small test block in a corner of the print, so you won't be surprised by suddenly moving heads.

If you would try this, be sure to use pure silicon grease. Never use petroleum grease or petroleum oils on rubber, that might damage the rubber.

In my case it was this edge (red arrow) that was rubbing, so I applied a little bit of silicon grease just on that edge. That solved it. My two UM2 printers (non-plus) are also from 2014, and still working. One of them is getting a little bit of play in the head itself (not the belts), and the display is occasionally locking-up when rotating the button (seems like a hardware glitch?), but the other is still perfect. I use them every second day, on average.

There is a product called "belt dressing" that is used for squeaky automotive belts ... it may be similar to some kind of silicone grease, but that would be my go-to as silicone grease is insanely expensive, although we use it on 3D printer parts thinking that's normal pricing.

As for where to get these parts, it seems like most things, the way they are officially sold and supported is in pre-assembled "packs"The "sliding block kit" in this case consists of the belts with the plastic blocks and the springs already assembled.  And it's $40 at fbrc8 for a complete set of 4 (elsewhere $11 for 1), not insanely pricey, but more than you should have to pay for two belts that should be about $3-4/each at a hobby shop.  Too bad the hobby shops all closed down.  For my 2c, I would just get the belt -- I think it's 303 tooth, GT2 6mm width?)   If that's the right one, then they are 6 CAD here: https://3dprintingcanada.com/collections/timing-belt-loops/products/gt2-6mm-timing-belt-loop-616mm  -- anyway once you find the belt, recycle your bushings, spring and blocks to assemble the loop (

and you'll be all set.   As far as buying from Aliexpress, where do you think all the come from anyway?  Maybe if they use a belt from China and sell the assemble as a whole and call it made in UK, but it's still just a made-in-china belt.  If I'm wrong about that and somebody in the UK is making these belt lay-up's, then I apologize in advance.

I can imagine that it is very expensive if you would buy real microscope grease.

But here in Belgium you can find silicone grease in automotive and hobby shops, among all the other greases, at about a similar price. I also got copper grease, lithium grease, PTFE oils, and others there. Silicon grease is often marketed as "car door rubber treatment in winter", and "keeps rubber in good shape", so should be rubber-safe. But availability might be different in other countries, of course.

Be sure to find pure silicone grease, not mixed with petroleum greases.

In the US, you can also find silicone grease in the plumbing department of hardware stores for very cheap.  It's used to lubricate the moving parts of faucets and things like that. As @geert_2 mentioned, make sure it's 100% silicone, which it usually is for plumbing, since it needs to be non-toxic for use in water lines.

Are you getting any backlash which would indicate the belts are stretched out? See image: 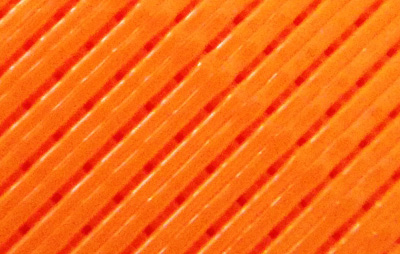 If so, then I'd just replace them with genuine UM parts through fbrc8 or other reseller. Sometimes the belts will squeak even when they're relatively new; to fix that I've used a very small amount of silicone spray lubricant on the short belts and that seems to have help with the noise. Doing that, I haven't had any issues with the belts slipping or skipping teeth.