It sounds like you're not getting a your plate close enough to the print head. If it is too far away, it will do what you describe, filament will curl and stick onto the nozzle and pull itself off of the tape.

The first layer should be 'squished' into the tape but not so close that it under extrudes or pushes out the sides. So basically you're looking for a flat layer with no lines either between the lines of filament or bubbling up. 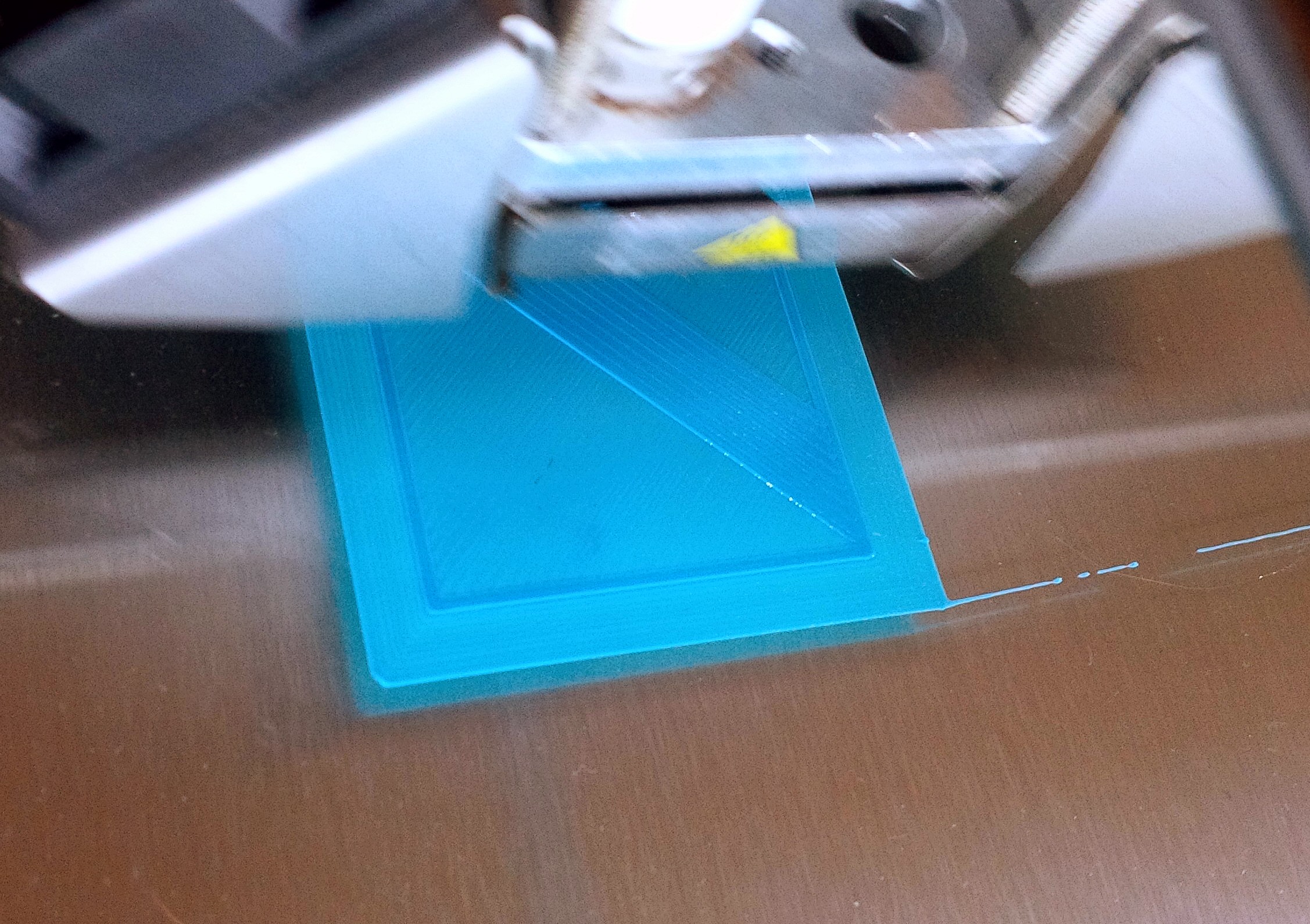 The failed print (knocked over) is due to your first layer not sticking nicely enough so it's really the same issue. If you want really strong sticking, clean your tape with a bit of alcohol and it'll stick like no tomorrow. Great for small/tall parts.

You can adjust the plate on the fly with the adjustment screws while it prints the first layer. (make sure your screw driver doesn't get in the way of the moving axis rods though!

If you're doing a print like that and you get a bad first layer, you're better off aborting, re-level and restart instead of hoping it'll go well or fix itself. Lot of less wasted filament/time.

Make sure you clean your nozzle before you start the next print, just heat it up and use a folded cloth/paper towel to wipe away the excess Preferably something that doesn't leave paper bits behind. Watch your fingers, nozzle is HOT!

Another method is to heat the nozzle up to around 120C and then using tweezers peel off the excess, it should be cold enough that the plastic isn't liquidy, but hot enough to allow you to manipulate.

The block can stay dirty if it isn't 'dripping'.

Does your first layer spreads evenly at all times while the nozzle is moving? If you can see that the fillament is not flat then you should re level the bed.

That bottle is very tall and the bottom is verry small. You need bigger base so it can support it.

Also use brim at Cura. that will help you "hold" the bottle in place.

I see. Thank you both for your solutions! Will try those out.

Clean your blue tape with isopropyl (aka rubbing) alcohol! It's found next to bandages in any store that sells bandages (like supermarket or drugstore). There is some wax on the blue tape to keep the glue off the non-sticky side. You need to clean this wax off before printing on the blue tape. This will greatly improve sticking to it.

Your bottom layer is critical. Halt any print if it isn't really a good base. Also use the brim feature for prints that need extra stickiness like a tall thin print or prints that are warping/lifting corners off the tape.

Also if the tape pulls off the bed buy some wider painters blue tape. On the internet (it costs too much in stores).